Thomas K. Johnson, who has been associated with Global Scholars for 27 years, is one of the
world’s most respected voices on behalf of global religious freedom, working closely with major Christian and Muslim organizations.

In 1994, Dr. Johnson and his family moved to Belarus, where Tom taught at a university. As he became involved in discussions about human rights in his classes and with his colleagues, he sensed God’s call to dive more deeply into the biblical and philosophical underpinnings of these issues.

During his 25 years in Europe (based initially in Minsk and later in Prague), Dr. Johnson has influenced numerous leaders wrestling with issues of human rights. He was appointed as senior advisor to the World Evangelical Alliance’s (WEA) Theological Commission and was a key participant in planning the 2015 conference at which Christians from all over the world came together in Albania to discuss responding to persecution.

With Islamic extremism threatening the lives and freedoms of Christians in many countries, Dr. Johnson recognized a need to partner with Muslims who oppose jihadism and believe in religious liberty. As a result, in 2019 he established a relationship between the WEA and Nahdlatul Ulama, the world’s largest Muslim organization. Nahdlatul Ulama is based in Indonesia, which has become a widely respected model of mutual respect and toleration between Christians and Muslims.

Dr. Johnson explained why he undertook this effort in a recent article in Christianity Today. He has also published a book on the topic: Humanitarian Islam, Evangelical Christianity, and the Clash of Civilizations.

Due to his expertise on human rights issues, Dr. Johnson is frequently consulted by the U.S. State Department and works closely with its staff and with religious and political leaders worldwide to promote and protect religious freedom.

Praise God that Dr. Johnson is finding favor with these world leaders as a result of his study and expertise! Please pray that his influence will continue to expand as he seeks to follow God’s direction of Micah 6:8–to act justly and to love mercy.

Thank you for your continued support of Global Scholars and for the crucial role you play in equipping more and more Christian professors like Tom to make a difference for Christ in higher education and beyond!

P.S. If you are not already a donor to Global Scholars, we have made it easy for you to help equip Christian professors like Tom to share God’s truth and grace on campus.

What are the three ingredients necessary for students to grow their faith in college? Dr. Steven Garber, my guest on this month’s edition of the College Faith podcast, answers this question. 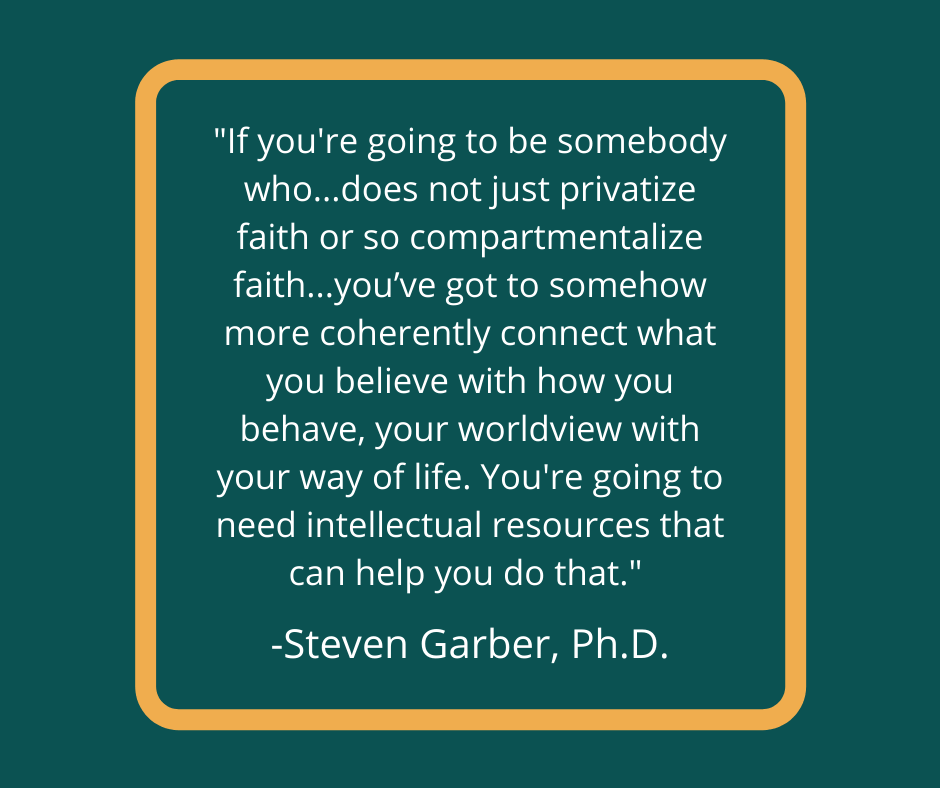 Dr. Johnson and his wife Leslie.

Humanitarian Islam, Evangelical Christianity, and the Clash of Civilizations

The Protester, the Dissident, and the Christian: Essays on Human Rights and Religions

All I Want For Christmas